America has been known as one of the biggest countries in the world. Hence, it is understandable that there are lots of nice sites here for tourists to discover. Among those, Los Angeles is a well-known city that gives you unforgettable experiences once visiting. If you are showing up here for the next holiday, do not hesitate to check out the following recommendations for a perfect trip!

When talking about Los Angeles, we cannot fail to mention its most famous place called Universal Studios Hollywood. Watching a lot of US movies on Netflix, you may believe that the tall buildings, the skyscrapers, the burning cars or the storms are real. However, only by coming here to see what people are doing will you find out that everything is man-made.

Thanks to its fame, Universal Studios Hollywood welcomes millions of travelers each year. Tourists from around the world spend time on this site not only to see how amazing the directors are but also to know the truth behind the scenes. What you see on TV, such as a huge dinosaur chasing local citizens or a house that is on fire, are all fake. The reality is far from your imagination. 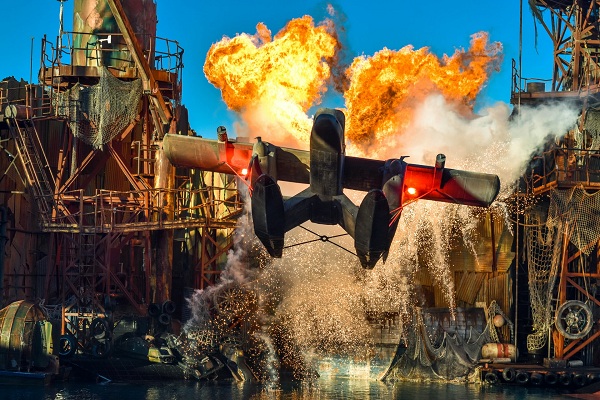 Once you turn up in this studio, you should take a tour around it by minibus. There will be other folks accompany you during this fun activity who also shout aloud when a shark suddenly appears, the bridge suddenly collapses or orange flames surround the bus like you. Moreover, you will have a chance to a 20-minute 3-D film without having to wear glasses.

The bus then leads you to the corner where fragments of a big plane gather. Nearby, there are small ships anchoring on the surface and some water splashing next to it. All of those will become lively scenes when you watch them on TV, which can be a huge ship sinking deeply under the sea due to an unexpected tsunami.

First opened for travelers to visit in 1997, the Getty Museum has been one of the best attractions in LA that possesses unique architecture, nice gardens and good views. Especially, this whole construction is situated on a summit that connects with a garage down the hill where visitors park their cars.

The museum includes different parts. Among those, a three-level house is used for working and five other 2-level houses are built for public purposes. When getting inside, you will be surprised by numerous valuable paintings and sculptures from a long time ago, mainly between the 19th and 20th centuries. Since there is not enough space for all the masterpieces, some of them are temporarily displayed in Pavilions. The rooms are designed carefully to get the natural lights from the sun to show the best features of the artworks. Everything is well-protected to avoid being damaged by the weather conditions.

On the second level, the rooms are linked to each other by glass bridges. Standing here to contemplate the beautiful landscapes under is a good thing to do for relaxation. Moreover, there are also restaurants and coffee shops nearby for you to enjoy a nice meal.

Going on holiday in Los Angeles, you are highly recommended to visit the attractive Santa Monica. Possessing a total area of 22,000 square meters, it has been listed as one of the best tourist destinations in the US since the beginning of the 20th century. The long blue coast is a familiar site for not only local residents but also for foreign travelers who come from different parts of the world.

Being an ideal place for summer vacation, there is no surprise to see thousands of people present on the beaches at this time of the year. You can do different activities such as swimming, diving, surfing or just wandering along the shores. In the afternoon, you can watch the sunset slowly hide under the sea to make room for the white moon and bright stars. 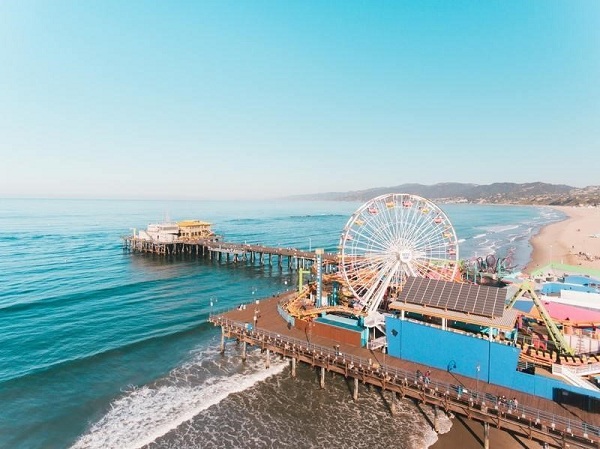 Santa Monica wharf is considered the symbol of this area. With a long history of about 100 years, it has played an important role in the development of local tourism. If you come here on special days, you will get an opportunity to join great music festivals and try lots of tasty dishes.

Building Disneyland was an idea that Walt Disney came up with after spending time with his daughters in different amusement parks. Being completed in 1955, Disneyland has been a wonderful destination for fans of its movies with a total area of about 647,497 sqm. Since then, the area has been expanded with new constructions such as New Orleans Square, Mickey’s Toontown and Disney California Adventure Park. Especially, Star Wars: Galaxy’s Edge was first open for travelers in 2019 and has attracted thousands of tourists to come.

According to the latest reports, this famous park welcomes more than 18,3 million visitors each year and this number still keeps rising. People come here not just for relaxing after chains of stressful days but also for seeing their favorite characters in real life. 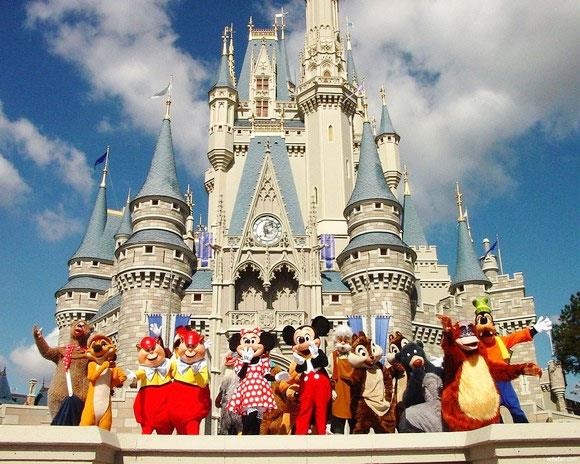 If you would like to try something lively, Adventureland is a good choice for you. With a ticket in your hand, you can have lots of fun with the Indiana Jones Ride. On entering, you will feel a little scared due to the dark cave. The ride will lead you to different scenes from a big face that loses an eye, a long scary snake to skulls with yellow lights around. For those reasons, it is not surprising that the cave is always noisy with shouts in panic.

Space Mountain is the name of a rollercoaster in Disneyland. Thanks to the impressive decoration, you will feel like you are flying out of the Earth and suspending in the huge outer space. The stars which are on the purple galaxy surrounding your train give you the real feelings of a great adventure. During this ride, there are also soundtracks of a real battle between the planets. Being that well-equipped, Space Mountain is voted to be a must-try thing in Disneyland by many visitors.