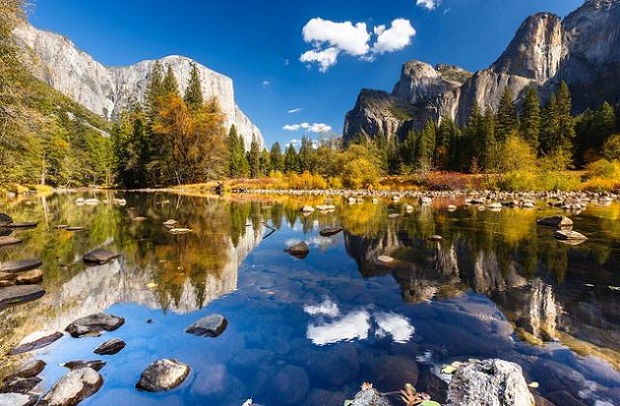 America is a great tourism destination for those who have a deep love of nature. Coming here for holidays, you will see that its attractive landscapes changing constantly from spring, summer, autumn to winter. Besides, this nation is also well-known for lots of national parks honored as world’s heritage by UNESCO, namely Olympic and Everglades. If you would love to spend your time with green space, do not fail to add the following top national parks to visit in the US to your list!

Coming first on the list is the Grand Canyon, one of the most popular national parks in the US. Grand Canyon is a system of many mountain ranges formed by erosion and each one has a different depth and height. Having existed for a long time, those cliffs possess natural colors of brown and dark yellow which somewhat shows their old age to visitors.

There are various species in the Grand Canyon. In detail, scientists have discovered more than 1500 types of herbs, 89 sorts of mammals, 399 kinds of birds and plenty of amphibians in here. Depending on the scientific analysis, Grand Canyon is believed to exist for nearly 2 million years. The rocks which contribute to the huge size of those mountains are thought to be from the Eastern sea and the big amount of sand from Western America forms the sandstone which we still see nowadays. 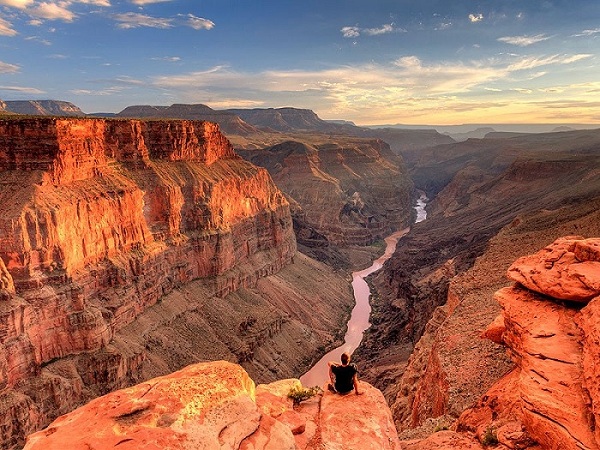 Especially, this site is one of the most important clues for geologists to study the Eath’s structure. According to some documents, Grand Canyon was first found in 1540 by a group of European people. However, not until at the end of 1860 did explorers start doing research about this place and get priceless information about the Earth that we know today.

Located in California, Yosemite is also a famous national park that you cannot miss once coming to the US for your holiday. At a height of up to 4.000 meters from sea level, Yosemite owns the biggest ecosystem in Sierra Nevada and thus plays an important role in preserving rare plants.

Yosemite is open all year round for travelers to come and enjoy the green space. Besides, there are also numerous activities here for you to do such as taking photos, biking, climbing and riding horses. You can choose to have a short walk to the waterfalls in Yosemite Valley or taking a bus to Glacier Point to view the impressive nature. Being a hot destination, it is understandable that Yosemite is always full of people during holiday seasons. You are kindly suggested to hire public transports to reach here in lieu of using your cars because there will be no space for you to park it, which also helps to prevent you from bad experiences when going on vacation in Yosemite. 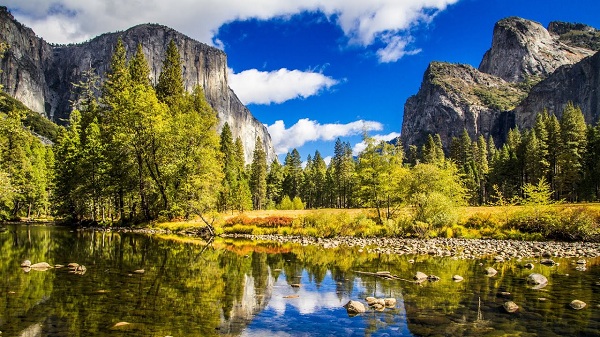 Being set up on the first of March in 1873, Yellowstone is the most ancient park  in the world which has been renowned for different kinds of wild animals. Although one-third of the park was destroyed in a fire in 1988, this is still the home of rare animals such as wolves, bears and deers. Additionally, there are also huge grasslands spreading a vast area.

Yellowstone has a square kilometer of 8.980 including lakes, rivers and ranges of mountains. Moreover, this area is the land of volcanoes that have erupted many times with very strong power. Visiting this national park, you can participate in fun outdoor activities, namely hiking, camping, sailing and fishing. Especially, in winter when there is snow falling, you will have a chance to ride the sleds with the help of instructors working here. 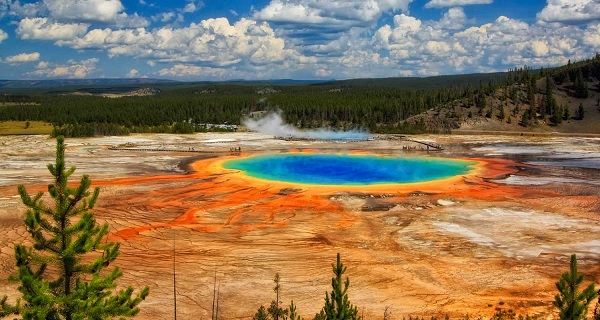 Situated on the Northern coast of California, Redwood National and State Parks are an ideal site for families to go out at weekends. With a total area of 560 sq. km, this area preserves plenty of rare flora that cannot be seen anywhere else. Among those, coast redwood is the most special since it was honored as a heritage in 1980 for being the highest and biggest plant on Earth. Besides, there are also steppes and endangered animals such as Eucyclogobius Newberry, Strix occidentalis caurina, Stellers, etc. 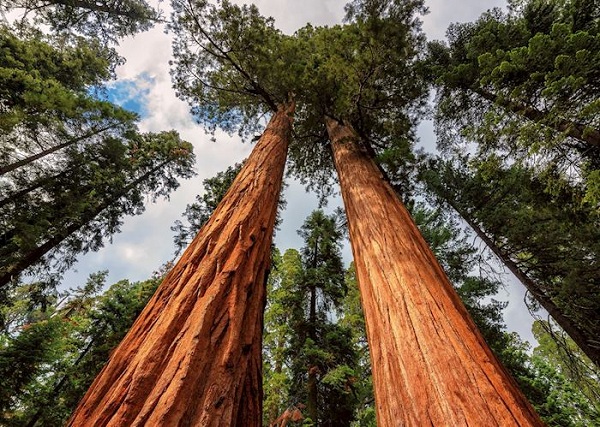 Belonging to Utah, this beautiful part of the US lying next to the Colorado River which is about 6km from Moab. The region consists of more than 2,000 natural sandstone arches including Delicate Arch. In case you do not know, Delicate Arch is famous all around the world for its amazing height of 16 meters. The arch is formed naturally after a long time and still lays firmly in a corner of Arches National Park.

Only on arrival at this park will you find out how wonderful it is. The land is a wildlife area with various kinds of animals and plants from big to small size. There are some names included on the list that you may not have heard before such as spadefoot toad, antelope squirrel, scrub jay, peregrine falcon or prickly pear cactus, Indian ricegrass, bunch grasses, cheatgrass. 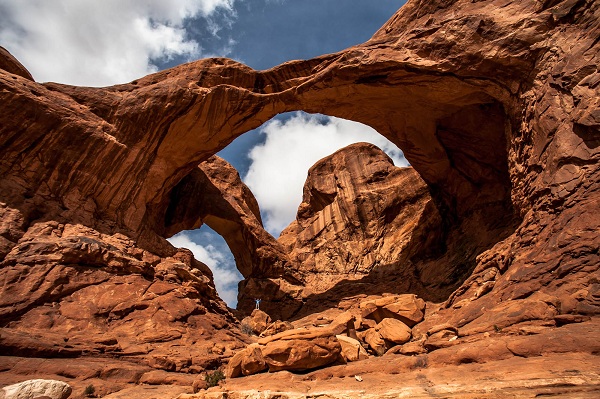 Gates of the Arctic National Park and Preserve

The next destination that you cannot miss on the list is the Gates of the Arctic National Park and Preserve. In 1980, the park was established to maintain the wilderness of nature as well as well as to preserve flora and fauna which are on the edge of being extinct. This is a vast area of green grass, ponds and mountains where you can take a lot of nice photos. Sometimes, it is quite wet and foggy here. In such weather conditions, there is nothing more interesting to do than spending your time wandering around to discover the beauty of nature, enjoying the cold climate or climbing to the summits to view the scenery around.

Lying near Utah is another national park called Great Basin. First opened in 1986, this one has been renowned for bristlecone pines which are known as the oldest non-clonal organism up to now. Especially, when turning up here for a trip, you can also try some fun activities like snowshoeing, hiking, skiing or biking. 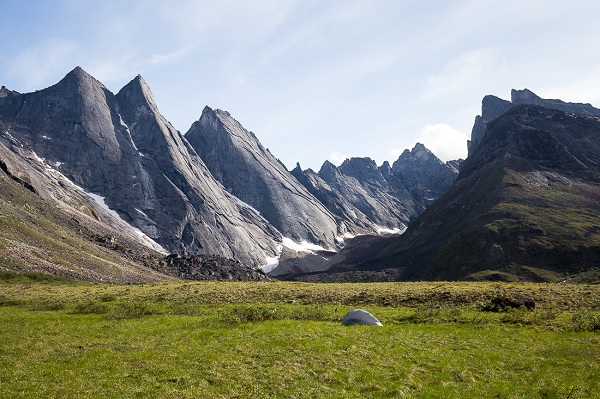 The scenery of Great Basin park varies a lot when seasons change. In spring, when the snow melts, the flowers start blooming to show their attractive colors. In autumn, you will fall in love with yellow and red foliage covering long ranges of mountains. At this time of the year, you can do biking along the trails with falling leaves on the two sides. If you are a fan of skiing, you should come here in winter to have fun on the thick layers of white snow. Moreover, the park also allows fishing so that tourists can enjoy their peaceful time in the green space.