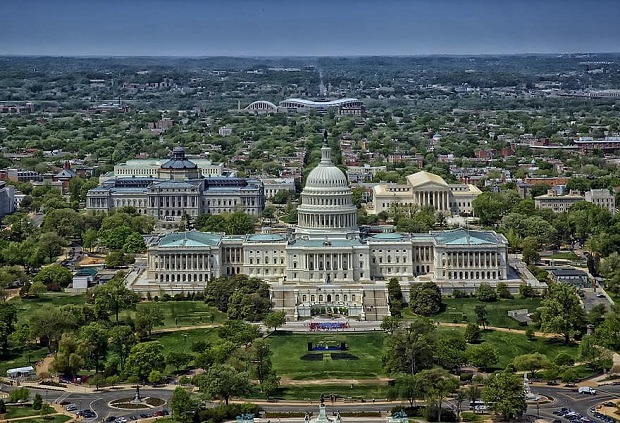 America has been known as one of the hottest destinations in the world that welcomes numerous visitors each year. People choose the US for their vacations not only because it is a modern country but also because it possesses many attractive landscapes. In addition, you will have a chance to visit well-known historical sites when showing up here. If you do not know what they are, let’s scroll down for details about famous historical places in the US!

Being constructed in 1732 by Edmund Woolley and Andrew Hamilton, Independence Hall was finally done in 1752 with a lot of money and effort. This is the place where the Declaration of Independence was approved by delegates of 13 states. Therefore, it attracts plenty of people to come and take photos.

At first, this construction was named Pennsylvania State House because it is located in the Province of Pennsylvania. Besides the main house, there are also two smaller ones lying right next to it. In 1948, the interior was organized exactly as it had been. Then, the Independence National Historical Park was established and honored as the world’s cultural heritage after the Statue of Liberty, Pueblo de Taos and Ruins of Virginia – Monticello University. 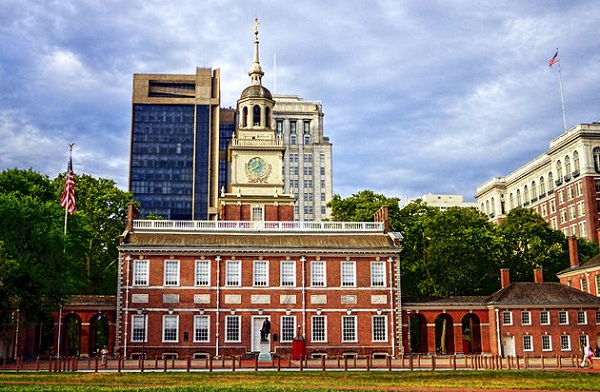 Situated in the southwest of Colorado state, Mesa Verde is a famous park that was established by President Theodore Roosevelt in 1906. The park was built at the height of 2.600 meters from sea level to protect the stone houses from being damaged by natural effects. Also, this has been an important historical site for archaeologists to study about the old days.

According to some research, Mesa Verde is the home of the Native American Tribe in Northern America where shows the ancient life of Pueblo’s ancestors in the early days. In 1978, this national park was honored as a world’s heritage by UNESCO for its historical values. 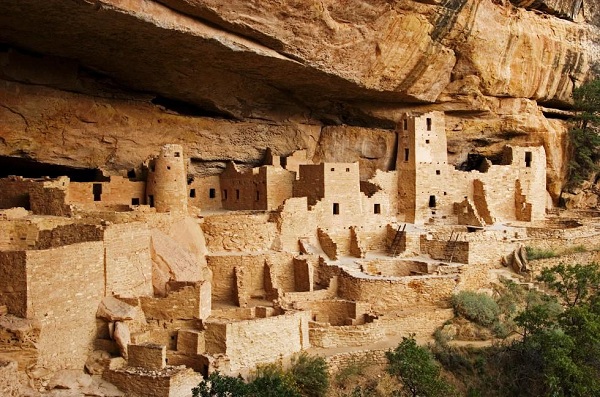 Being done in 1883, Brooklyn was the first and longest suspension bridge at that time which connected Manhattan and Brooklyn district. The construction of this famous site cost a lot of money, along with that was a huge team effort of 600 workers who worked very hard for 14 years to get this link done.

In 1884, to check the firmness of Brooklyn, a 7-ton elephant called Jumbo, together with other 20 of his friends from the circus, was let to go across this bridge. After the safe parade, people believed that Brooklyn was in a good state and the place then became a pride of local residents. 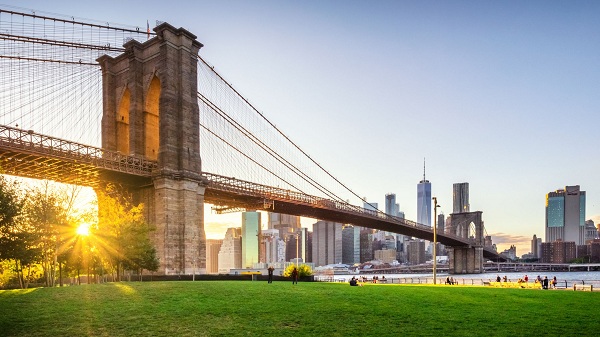 Brooklyn Bridge has been listed as one of the most renowned addresses for travelers when coming to New York. Hence, it is not surprising that there are hundreds of visitors turning up here to take photos and set their foot on the approach spans. According to some reports, there are about 100.000 vehicles of all kinds and 4,000 pedestrians crossing from this side to the other every day.

This famous site was the place of the American civil war occurring in 1863. For US citizens, it may be considered as the most important point in the history of the States that they will always remember.

The battle finished with the triumph of the Union and the failure of the Confederacy. After the war, this battlefield was full of corpses and remnants. It left a terrible feeling for those who were present there at that moment. Visiting Gettysburg, visitors will have an opportunity to see the Wheatfield or the Peach Orchard which were named soon after the fight. Those green and peaceful sites may give you a comfortable mood that you cannot easily get in your noisy cities. Tourists from different places in the world come here not just for an excursion but also to learn about the old days of America.

French Quarter is a center of history located in New Orleans, Louisiana. This is the land of colorful houses lying next to each other, which leaves a strong impression on visitors since their first time here.

Set up in 1718, French Quarter has been through many fires and natural disasters that destroy the whole region. Its style was mostly influenced by that of Spain as it was built in the time when New Orleans was under the Spanish’s control. 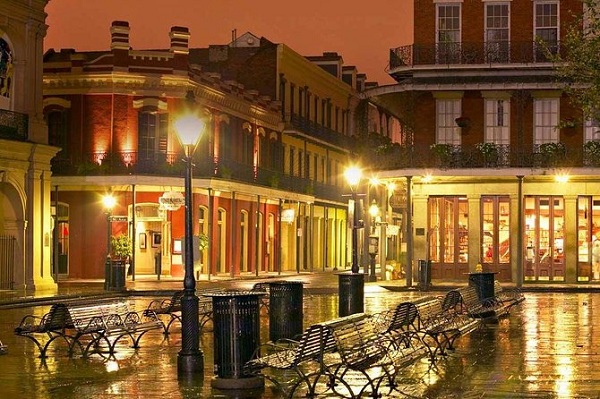 French Quarter is not only the home of impressive constructions but it also retains the European culture from the past to the modern time. Moreover, on arrival at this popular address, you can see that it possesses lots of skyscrapers and green lawns. Nearby, there are several coffee shops where you can buy tasty beverages to drink while contemplating the nice scenery around.

>>> Read more: Greenville – Ideal place for your vacation in the US

If you spend your holidays in the US, you cannot miss visiting the 32nd President Franklin D. Roosevelt’s house. Located at 4097 Albany Post Rd, Hyde Park, NY 12538, this is the place where Franklin was buried when he passed away in 1945.

Home of Franklin D. Roosevelt National Historic Site lies amid a big campus surrounded by big green trees. Inside, there are libraries, bedrooms, living rooms where the great presidents stayed and worked when he was alive. The house is under heavy guard at all times. 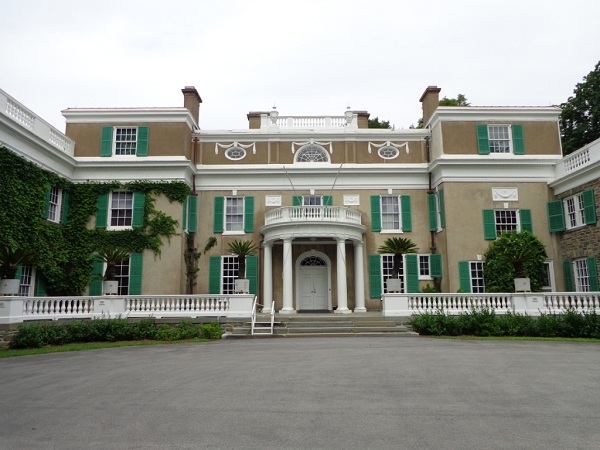 Being a famous historic site, the Home of Franklin D. Roosevelt welcomes hundreds of tourists a day. On entering, you can take a tour around the campus to view the green garden full of flowers or go inside to see the interior of the house and many pictures displayed on the wall that reminds you about this great president.

U.S. Capitol and the National Mall

First constructed in 1793, the U.S. Capitol and the National Mall have been renowned for their most beautiful vault in the world. Additionally, the whole structure consists of 540 rooms, 658 windows and 850 doors. With such a large scale, the mall can welcome 4000 people at the same time.

It was President George Washington who chose the position for this building. Then, William Thornton, an architect who won the prize of designing projects, was in charge of the construction. 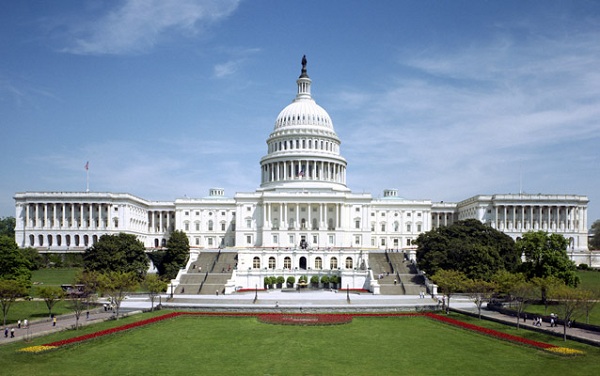 After many times of renovations, the U.S. Capitol and the National Mall were done for the last time in 1863. Up to now, it has been a hot destination for those who have a love of history to come to visit and take photos.